The recent events, at home and abroad, as good as shut me up. The goings-on in the US were so overwhelming that I couldn’t imagine saying anything interesting, or helpful, or not inappropriate. Then I had to check myself. I am not in America*, and most of my reality is not in America either. Not that I would or could dismiss that reality. Black lives do matter, and the movement(s) to make them actually matter give me a lot of hope­ – and a lot of fear, too, as revolutions generally do.

(Listen: https://youtu.be/Xv8FBjo1Y8I. When this song was first released, I was 18, and my country was graduating from Soviet rule. It was formative and liberating – but then we had to see how our little “revolution” was first twisted and then undone and then turned into something worse than before.)

At one point, I got annoyed with my friends in the US and some people I follow on social media. How can they be so arrogant to ignore everything else outside the US? But I had to check myself again. For a couple of years now, I’ve been getting to know – and growing to love – America. Not for its own sake; I needed that for my work (even the love I guess). Everything I hear from and about the US gets amplified. This is not the arrogance of the people I follow; it isn’t even their bias. It’s my filter.

I decided that some mental housekeeping was in order. If I were to remain silent or idle, I would risk failing the people who depend on me. Kids, family, mostly, but friends, coworkers, customers also belong here. And there’s a lot that I have to write and do things about.

So, I went on a light hike today – which, considering quarantine form and weight, didn’t feel so light. I’m holed up in a tiny hotel at the foot of the Mátra… mountains, let’s call them mountains. I won’t give you a full description of the trip, just a few feelings.

The Mátra is probably the most popular hiking destination in Hungary (apart from the hills in Budapest, perhaps). It may have to do with the fact that it contains Hungary’s highest peak, the Kékes (roughly: Blue Mountain). It’s also the only peak in the country that towers over 1000 meters. This, of course, used to be different before 1920 when a lot of the Carpathian mountain ranges belonged to a larger and allegedly happier Hungary. I got the Mátra nostalgia from my mum and dad at the advanced age of 2, and I’ve been going there at least once a year, with family and alone, too.

I didn’t go to Kékes today, and I don’t plan to this time.

I climbed up to Ágasvár, a local peak with sweeping vistas and a well-hidden Bronze Age fortress (you really need to look hard to spot whatever remains from those ancient fortifications). It’s a steep climb to 700 meters (from the 400ish where my hotel is). It also has one of the best-known and best-equipped tourists huts of the region. Sadly, it is closed for renovations right now. And it’s fenced around.

A bitter taste from my recent hikes, today’s included: fences. There are fences in the woods, everywhere. Sometimes, the protection of private property goes so far as to fence away parts of public tourist paths. This was no exception: I had to take a detour to actually be able to go up the mountain.

My next stop was a little village called Fallóskút. The name, if we believe the internets, can mean something like “false well”. By popular assumption, the first half of the name tries to mimic the Slovak word ‘faloš’, distorting another name the place previously had. There is a Catholic pilgrimage destination, dedicated to the Queen of Peace (aka the Virgin Mary). This was an even higher climb, but I had to go down a valley first.

Before that, I took a detour to a cave. It partly collapsed, and the only visible entrance was sealed up. And they said there were bats – they are protected animals over here, but they don’t exactly enjoy the best of PR these days.

Thanks to recent rains, it’s not difficult to find water. The Mátra is rich in springs and fountains, which offer very clear and ice-cold water. I stumbled upon the one that was called ‘The Wanderer’. They have names and very nicely built-up encasings. I refilled my bottles and continued my climb.

After rains, mushrooms are also abundant. It looks like we have cep season right now. I met a retired lawyer; he was carrying large baskets with a humongous amount of cep mushrooms (which can get very expensive if by any chance you find them at the market). He said it was a meager find.

I also met some fellow hikers who challenged my sometimes ridiculous midlife crisis. These were people well over 70, fully functioning, and having a great time climbing up the same mountain I was now coming down from. Maybe I should think less of old age and death. Somehow my mum and dad don’t give me this feeling, although they are also well and out and about.

My last stop was another little settlement called Bagolyirtás (Owl’s Cut). It was the highest point of the hike (the nearby top is 830 m).

From Bagolyirtás, it was all downhill. It was also the last leg of the hike. I began to feel my legs, and I grew less alert. 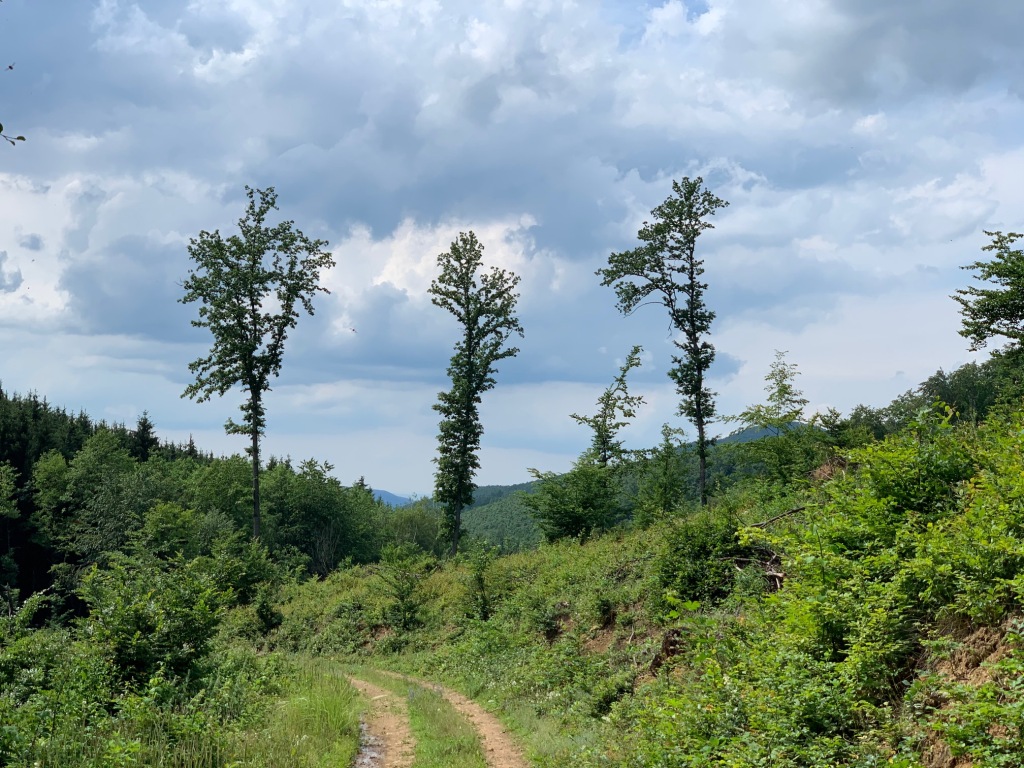 That was the time my mind emptied. The sentences I spoke to myself got simpler. I began to look forward to another fabulous dinner my host usually offers.

I guess my mental cleansing was as successful as I had reason to expect it to be. There is more to follow – tomorrow, I hope. 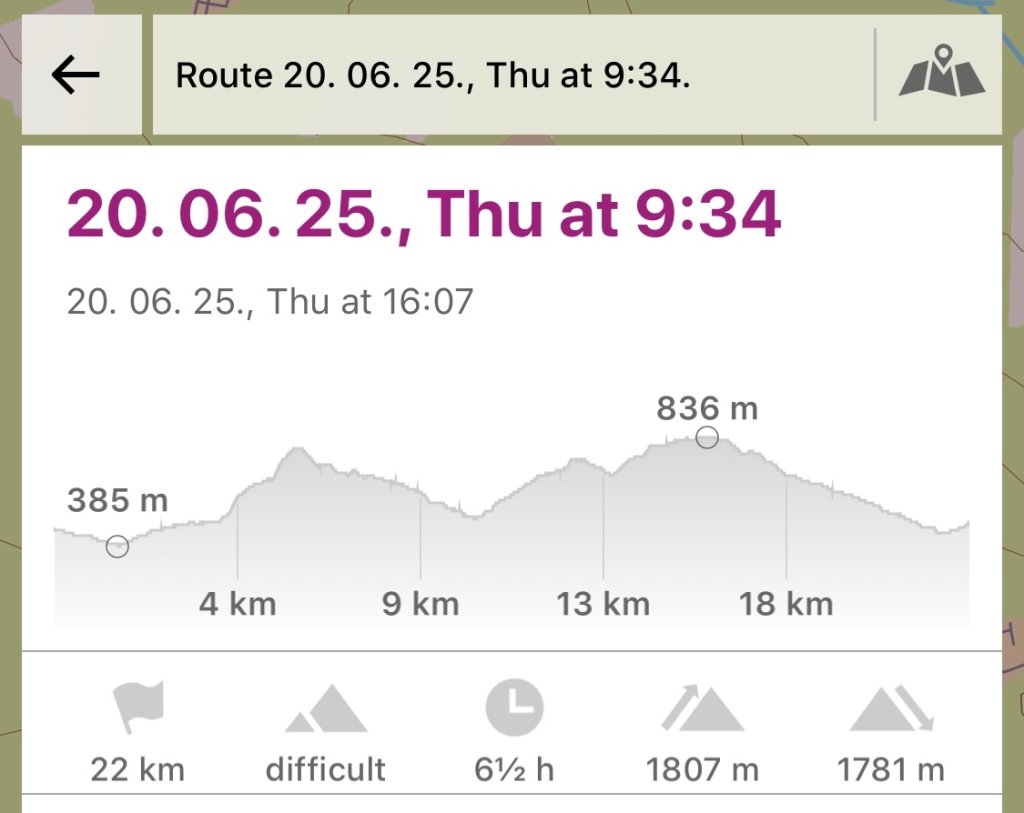 * I wanted to say ‘America’ throughout, but then I realized that the United States is not all America, however romantic it feels to go all ‘America’ about it.